Ok so I realized as a Mom, that with my first child I did several things that I probably won't do with my others. The first kid is usually experimental right? ;) Just kidding. I really tried to be the perfect Mom you always imagine you are going to be with your first kid, but I didn't really know what I was doing when I had him. I was young and had to learn as I go.

I will be the first to tell you I am NOT a health fanatic. I would LOVE to be, --hence the WANNA-BE runner-- but I love food wayyyyy to much. So I try my best. But with my first kid, he ate his fruits and veggies, but over time, it was easier to give him a bag of fruit snacks or a cookie then cut up strawberries. Not always, don't get me wrong, I still gave him fruits and veggies with meals, but we are talking about snacks on the road, or in stores or at the zoo. So now that he is 3, love him dearly, he still wants all the sugary snacks. So with my second child, who is one years old (and still NO TEETH, what is up with that??) I am trying harder.

And because I have put in more effort I can already tell a difference. He eats frozen peas like no ones business. I try and get him to eat fruits and veggies as snacks instead of the other stuff. So while searching online I found several recipes to "Banana Chips" on Pinterest.

My youngest, Acen, doesn't love the texture of bananas, so he won't ever eat them. We love to have bananas at my house because my oldest, Traxton, will eat bananas! And so does my husband, so I love to have them around. But they go bad SOOOO fast! So I was happy to come across this recipe to be able to use up the bananas that are too ripe.

So I thought I would try them out! And they were a huge success at my house. However, when reading recipes on Pinterest (on several things, more then this recipe), they don't give specific details a lot of the time. So I always wonder if I'm are doing it right along the way. So I am going to post what I did, hopefully this is helpful to those to want to make them! 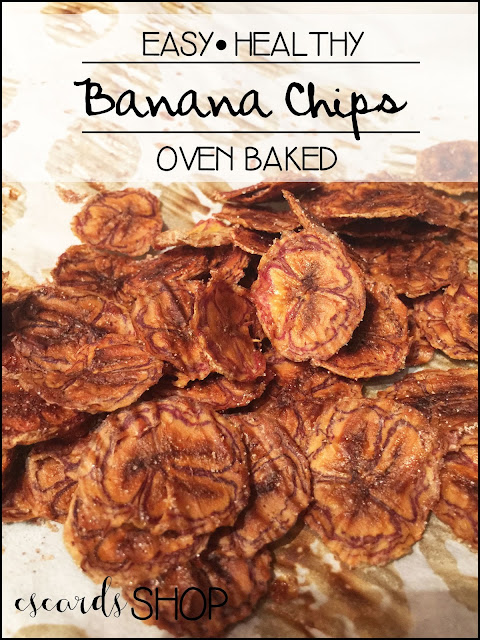 So the first things you need are ripe banana's. They don't HAVE to be ripe. 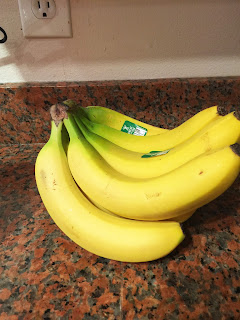 Next, you are going to slice them very very thin! Other blogs said 1/8" I think mine were even thinner then that. Keep in mind, if they are thick they won't cook very well. 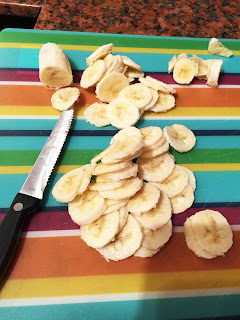 Then you put them on PARCHMENT paper, NOT wax paper or aluminum foil. It'll be very vital in the next steps it has to be that kind of paper.

Then I rubbed apple juice on them with a pastry brush, then sprinkled cinnamon/sugar and salt on them.

*Other blogs, did lemon juice, but I didn't have lemon juice, and apple juice worked just fine. Also they did only cinnamon and not cinnamon/sugar for a more healthier option* 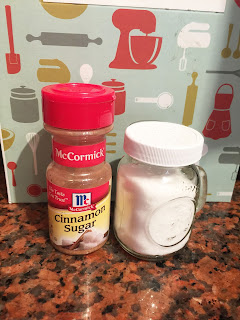 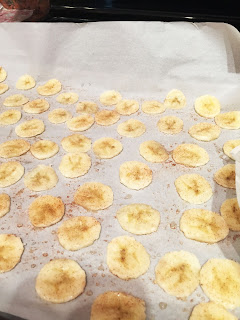 Now, you place them in the oven at 250 degrees, now the time will vary depending on how thin you sliced them, but it's roughly an hour-hour and a half.

Then bake them again for 40-60 minutes. Like I said you might need more time, they should start to feel hard and crunchy not soft and flimsy. So just test them and use your judgement.

*Keep an eye on them and test them, don't blame me if they turn out burnt, just keep checking them :) 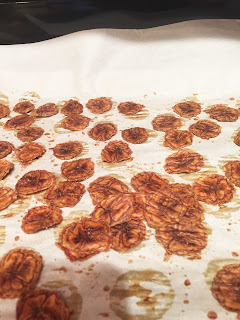 After you flip them, cook them until they are done, they will come off the parchment paper pretty easily. I just kind of bent the paper and they just started popping off, that's how you know they are done! 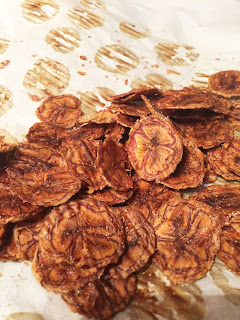 Then you eat and enjoy them! They were so yummy!

Please keep in mind again, I am not a food photographer or a professional cook, I am a Mom testing stuff out just like you! Be Kind. :)

Here is the recipe: 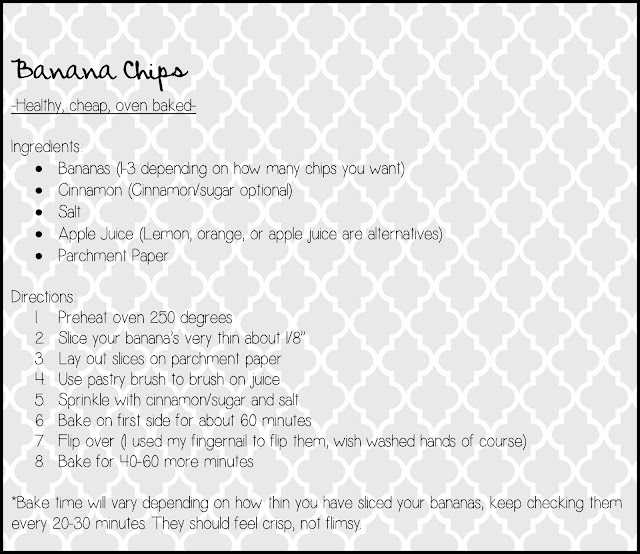